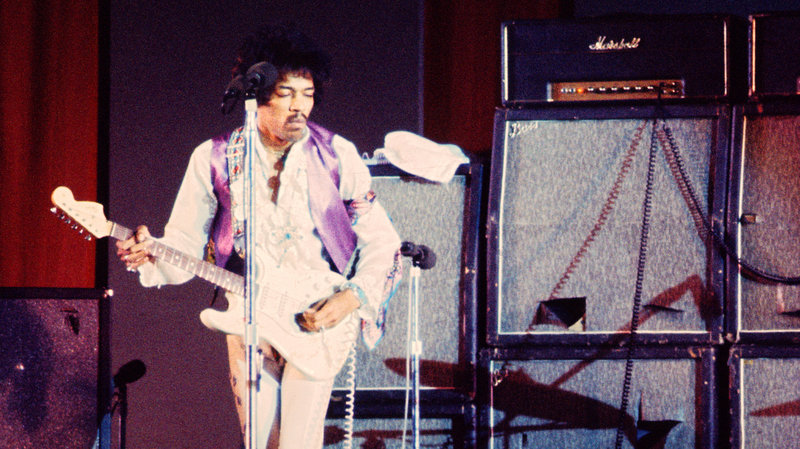 This article may seem off-topic compared to my other postings. I felt compelled to write it, however, after hearing an interesting news story on National Public Radio yesterday morning. And since I plan to publish a couple of blogs this month on the health-promoting benefits of music, the timing seems right.

The news story was on a new album of unpublished studio recordings from the legendary singer and guitarist, Jimi Hendrix. I immediately became intrigued, as I was surprised to hear about an album that completes a music trilogy. It was arranged by Eddie Kramer, the renowned record producer and engineer who mixed and recorded all of Hendrix’s music until his death in 1970.

The album is called “Both Sides of the Sky.” It’s a catchy title but I find the news of the latest, posthumously released recordings of the left-handed guitarist to be more than a story about a new album to hear. It is a story noteworthy of how the music of the late 1960s rock star lives on today. I can only imagine the excitement of fans as they learn about another album to add to their collection.

Understand that it’s not that I’m unfamiliar with the music of Jimi Hendrix (for those Hendrix fans who might be asking). I’m aware that his music helped to usher in what would become classic and modern rock. I’m also aware that his approach to playing the electric guitar influenced the many rock and blues guitarists we know today, including Slash, Stevie Ray Vaughan, Eddie Van Halen, Prince, and Steve Vai. And Hendrix’s music has played a part in pop culture for quite some time. His classic guitar solo of The Star-Spangled Banner, for instance, on the morning of the final day of Woodstock, remains one of rock music’s most iconic moments. I consider this rendition of the U.S. national anthem to be one of those performances that many people of Hendrix’s generation and beyond will never forget.

There are some, of course, who may not find the music of the legendary guitarist to their liking. This is not the case for me thanks to my parents’ varied interest in music. I grew up being exposed to different music genres, including country, classical, jazz, rhythm and blues, rock and roll, Afro-Cuban, and calypso. So I’ve come to appreciate many different songs I’ve listened to over the years. And I have moments when I become fixated on a particular style of music and get a thrill from hearing a series of different artists representing the given genre. Rock music is one of the genres I have had moments of fixation and have found myself suddenly playing the music of Guns N Roses, Def Leppard, Van Halen, Kiss, Boston, Steppenwolf, and Queen, to name a few.

Somehow, Jimi Hendrix never made it to this playlist and I honestly do not know why. But I figured, after hearing the NPR story, now is the time to delve into his music collection and allow myself to hear him sing not only with his voice but through his guitar riffs.

© 2018 The Health-promoting Bandwagon. All rights reserved.

The Little Book of Gratitude: Create a Life of Happiness and Wellbeing by Giving Thanks

A telecom company's creative approach to promoting happiness among employees with music.

Knowing the difference between a cold and the flu.